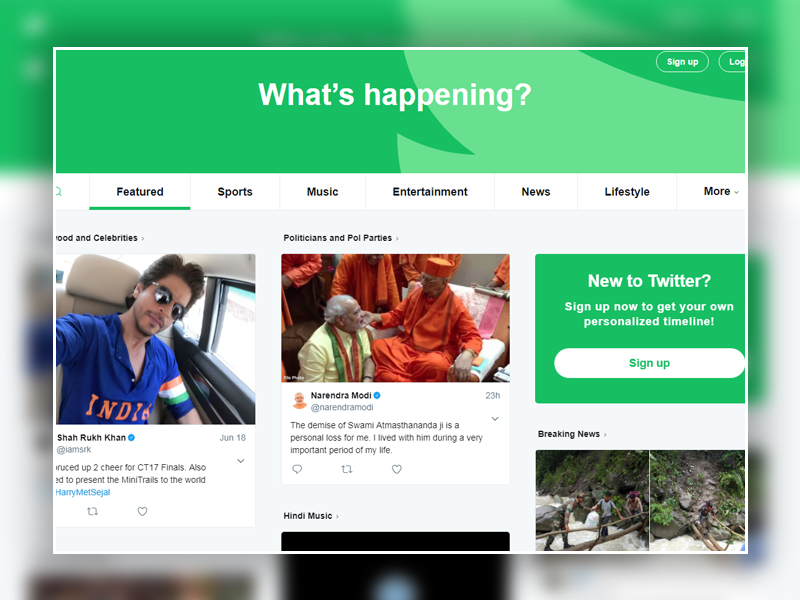 On 15th June 2017, Twitter rolls out a few features and exhilarated the brand. The new updates brighten Twitter’s look. It looks easier, faster and feels lighter.

Twitter’s new update is specifically on the user’s query and behavior, In this regard – Grace Kim wrote “We listened closely and kept what you love. And for the things you didn’t, we took a new approach to fix and make better.”

Twitter.com is among st the most popular and widely used social media network specially designed for providing “what’s happening” feed on its wall.

However, below are latest updates you can see over Updated Twitter wall!

1:  Clutter free design and easier browsing – Additional accounts, privacy, settings, profile can be seen all in one place. This has been esteemed by Android users last year and now it excites to iOS users too.

2: Safai Viewers can now see article/web page links shared in twitter app, which facilitates accessing with the accounts which is already signed in.

3: In order to make view more attractive and consistent, Twitter has renovated its Typography. Thereby, Headlines had turned to still bolder. Along with this, A rounded up profile has been added which makes it more appealing to see who is saying what.

4: Initiative Icons has been included – Reply, retweet and Favorite.

5: Tweets now has turned more enterprising, instant retweet and like is been counting as the conversion double up.

Additional to this, rich color contrast is another good option Twitter provides to its visitors.