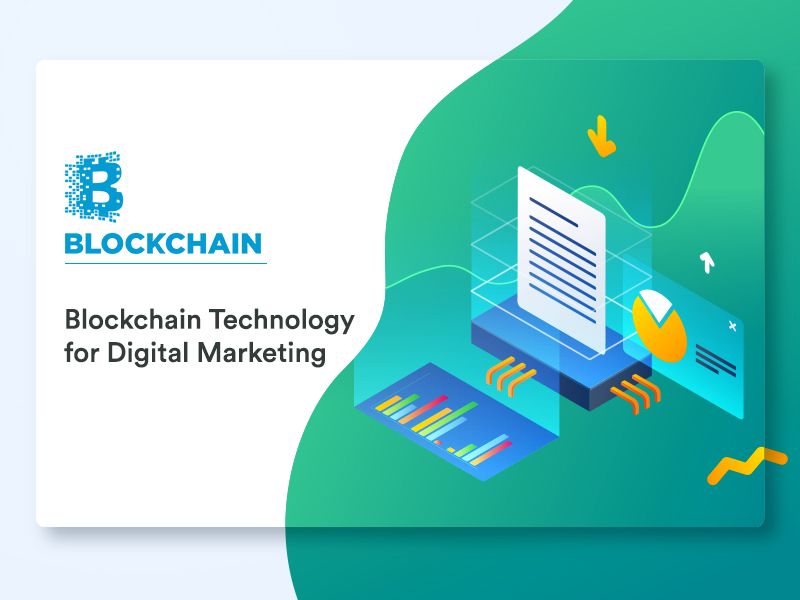 As the competition in the IT sector grows on the graph, digital marketing has become the key aspects for almost every business to stand out from their competitors. Since the trend of digital is highly impossible to descend, the adoption of blockchain technology in this era seems a lot more impressive.

What is Blockchain Technology?

You might have heard about Bitcoin, the digital cash which is moving up and down in terms of volume. Bitcoin is a cryptocurrency which is completely decentralized, means that it runs cross-border (across the world) without the involvement of central authority.

This type of cryptocurrency/Bitcoin is built on a technology called Blockchain where the records of transactions are created as a digital ledger. Since it is digital, the transactions cannot be altered or deleted which makes it as the best possible solutions for industries like Political, stumbling on identity & personal data, banking & financial sectors, healthcare and digital marketing as well.

If you think, Blockchain Technology is nothing but a bitcoin, you’re in misconception. Rather, it is a newer technique to track the truthful events. The records with this technology are stored securely in decentralized systems. Recorded transactions are interconnected, given that it doesn’t have centralized point.

It was no less than 4 months when news rolled on “Facebook privacy concern”. Have you seen the headline, pointing Mark Zuckerg “Our personal data can easily be bought and sold to advertisers”? Many experts reveal Blockchain Technology could be a solution”.

Mr.Qadir AK sees a great vision, He said in a tweet, “Blockchain Technology is a resemblance of Digital Marketing”.

For sure, Blockchain technology is a resemblance of Digital Marketing. When you connect your brand with online marketing and blockchain, your brand grows from the center to the edge of every network

By employing Blockchain technology, user’s data will be encrypted and protected which means it becomes highly secured. The fact is that advertisers and companies often get consumer’s data easily. But, with this technology, they can have more control over what they want to see and what they are interested in.

The advertiser can connect to the right audience

Advertisers with blockchain technology can have a cost-effective and smarter way to reach their prospect. Since the technology enables choice based advertisements, advertisers can reach only to the prospective audience within fewer budgets than to target random with a huge amount. In this concern, there are lots of crypto companies emerging with ICO (Initial Coin Offering) and introducing the blockchain based model for digital advertisers.

Yet another interesting way where blockchain technology steps in is decentralized advertising. Yes, often Advertisers and publishers required to deal with intermediaries like Google or Facebook that connects them with the audience. Blockchain technology can prevent the need for these intermediaries and enable the direct interaction between advertisers and website owners. However, it also ensures genuine clicks than fake ones.

For writers and social promoters

There are firms in a crypto sphere that pays users to share or like the post or even to write a copy of the content for them. As in case of steemit, writers can get paid for their likes (so-called upvotes) and comments.

Besides these, there are other companies that are running with a similar motive, few of those are Presearch, PM7, AdHive, Wolk, SocialMedia.market, Lydian and unlike.

Digital Marketing with Blockchain technology has become a new and trending strategy for top brands and advertising agencies. Even though the crypto market is flexible and not in a situation that it was during December 2017, people still invest in it. And especially, implementing blockchain technology which itself is digital across the digital marketing is driving companies to a bigger scope.

For more info on cryptocurrency payment acceptance by Ultimez, you can visit here- Crypto Web Service