Find Fake Followers on Twitter with This New Tool 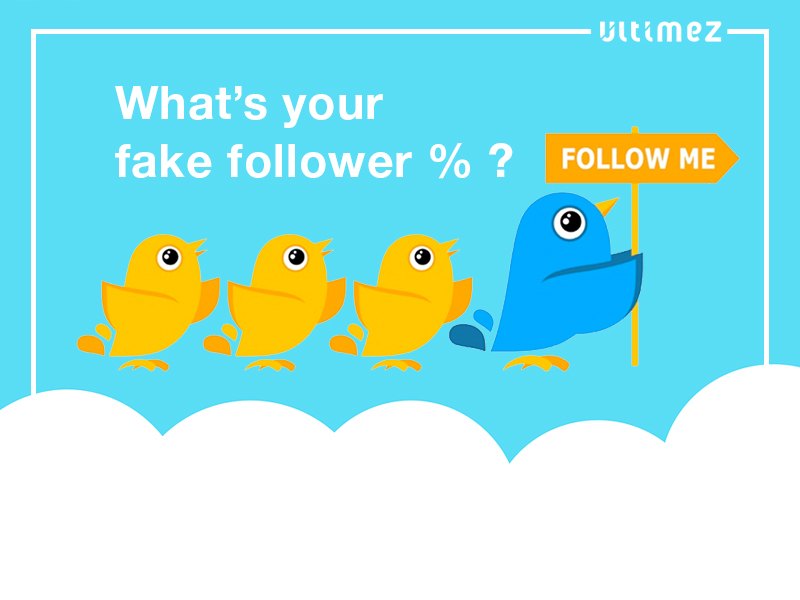 Every now and then social media platforms are identifying and stepping up to remove fake accounts. However, it’s quite difficult to analyze and expel them from the root. Fake accounts are exactly what they sound like. Most often, new brands and influencers have been found to purchase these.

Fake followers are most commonly used by media personalities, politicians, and brand ambassadors who want to influence public opinion or to make themselves look more influential. In order to track the volume of fake followers, Rand Fishkin, Moz founder has introduced a new tool named ” Fake Follower Audit”

The announcement rolled when Rand Fishkin shed detail guide about its new tool. So, let’s gape up at the big picture of Twitter’s fake follower

Recently, Rand Fishkin launched a new tool to help anyone discover what percent of Twitter account’s followers are fake v/s real. The new tool dubbed, Fake Followers Audit, enabling users to clean up the field and ensure only legit active followers are reflected in one’s profile.

According to the recent survey, 5-30% of followers are fake either they are bots, spam accounts, or other non-engaged/non-real users.

Now, a Question Arises on What Basis an Account Is Considered as Fake?

According to this tool, “fake” follower is to be someone whom you cannot reach. It may be a real human who creates an account at one point, but if none of your tweets will ever be seen by them, they’re not a true follower.

Let’s illustrate it with an example (Below is the image of RAND FISHKIN  Twitter Audit by this tool) how this tool works. (You may follow right side graph and brief info for more clarity)

The analysis clearly describe Rand Fishkin has 22.5% fake followers which are determined through below factors;

2) Lots of accounts are simply inactive, as he is a suggested account to follow if your interests match during signup. He has received a lot of followers who rarely log in Twitter or use the service. 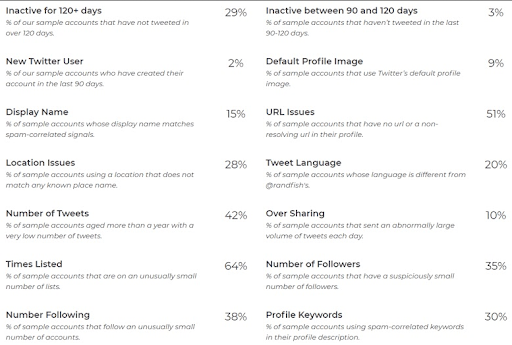 The software comes with a machine learning process for identifying fake accounts. Therefore, an account is considered as fake if it triggers the range of 7-10 or more of the signals in the tool.

Basically, the more spam signals fired, the more likely an account is to be spam, so the system uses 7-10+ flags before grading an account as “low quality,” or fake.

Fake Follower Audit can be extremely useful to analyze Twitter account and determine its true reach and influence. Perhaps, the tools lack to display actual profile of fake followers that it examined. Moreover, it would be interesting to see further updates.

So, what’s your fake follower %? check now with this tool using our guide.